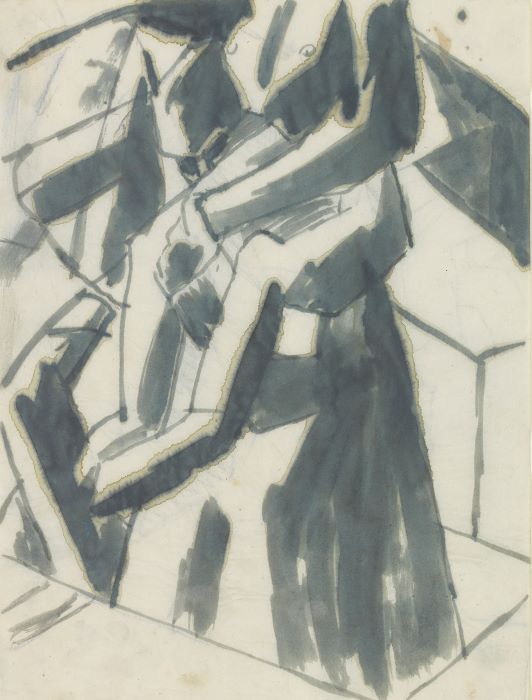 The artist was commonly associated with his machine-like depictions of the human figure, a motif prevalent in his early work, which appeared as though they were leaping off the pictorial plane.

David Bomberg was severely impacted by World War I and its aftermath, and in the interwar period he instead began working primarily on more traditional landscape paintings, reminiscent of Post-Impressionist painting.

Born in Birmingham, he went on to study at the Slade School of Art, London with other artists like Stanley Spencer and Dora Carrington. He then became a member of the Whitechapel Boys, a group of London based Jewish artists and writers who were particularly interested in exploring political ideologies, including socialism.

Tate, London held a high-profile retrospective on the artist’s work on the 30th anniversary of death of David Bomberg.