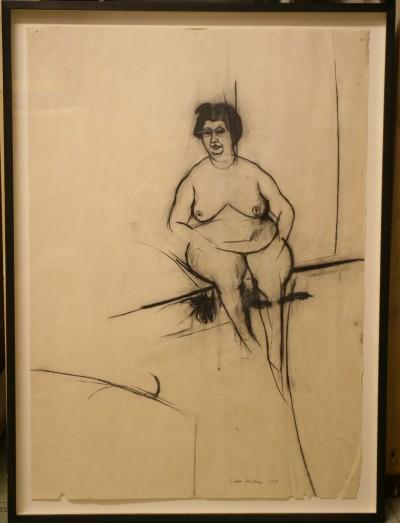 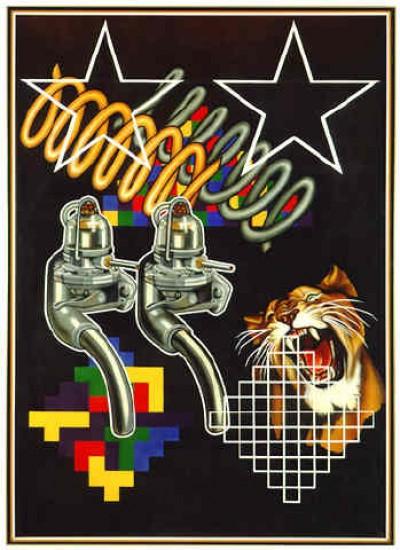 Peter Phillips came to Pop Art with extraordinary speed, conviction and clarity of thought and has since stayed true to its principles whilst continuing to push the idiom into new directions. One of the rare British artists never to have spurned the label, Phillips approached Pop as a question of matching subject matter to the style and technique. In this sense, he was closer to the American Pop artists than almost any of his British colleagues. His commitment to Pop was most vividly confirmed by living in New York during 1964-1967.

In his early 1960s work, Phillips trusted his intuitions in marrying the formal grandeur and ambitious scale of Abstract Expressionism with his passion for the trapping of youth culture, with all its associated glamour, energy, sexuality and violence; he borrowed his imagery and hard-edged formal patterns from game boards, the funfair, pin-ups, comic books and other popular sources.

During the 1970s he painted a series of Compositions and Select-O-Mat paintings, populated with predatory birds, molecular structures from the pages of ‘Scientific American’, motor engines and machine parts.