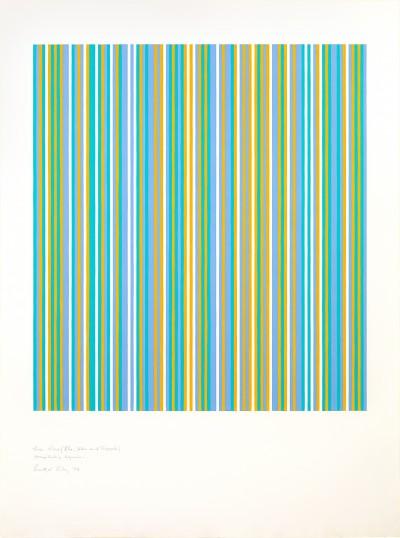 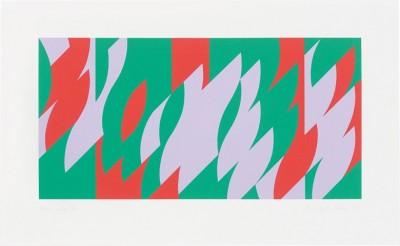 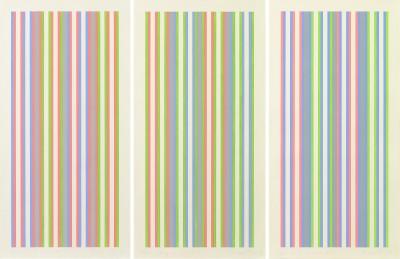 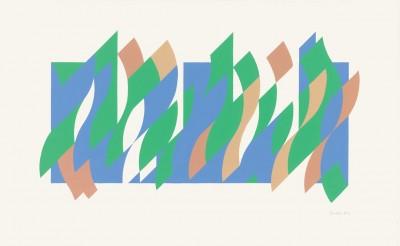 Bridget Riley was born in 1931 in London. She was educated at Cheltenham Ladies' College; she studied art first at Goldsmiths College and later at the Royal College of Art, where her fellow students included artists Peter Blake and Frank Auerbach.

In the late 1950s, Riley began to produce works in a style recognisably her own, a style inspired by a number of sources. A study of the pointillism of Georges Seurat, and subsequent landscapes produced in that style, led to her interest in optical effects. The paintings of Victor Vasarely, who had used designs of black and white lines since the 1930s also had a strong influence on Riley's early works. It was during this time that Riley began to paint the black and white works for which she is best known today.

In the early 1960s, her works were said to induce sensations in viewers as varied as seasickness and sky diving. Works in this style comprised her first solo show in London in 1962 at Gallery One run by Victor Musgrave, as well as numerous subsequent shows.

In 1965, Riley exhibited in the New York City show, The Responsive Eye, the exhibition which first drew attention to so-called Op art. One of her paintings was reproduced on the cover of the show's catalogue, though Riley later became disillusioned with the movement, and expressed regret that her work was exploited for commercial purposes. Following a major retrospective in the early 1970s, Riley began travelling extensively.

After a trip to Egypt in the early 1980s, where she was inspired by colourful hieroglyphic decoration, Riley began to explore colour and contrast. In some works, lines of colour are used to create a shimmering effect, while in other artworks, the canvas is filled with tessellating patterns. In 1986 Riley met the postmodern painters Philip Taaffe and Ross Bleckner and was inspired to introduce a diagonal element to her work. Typical of these later colourful works is Shadowpla