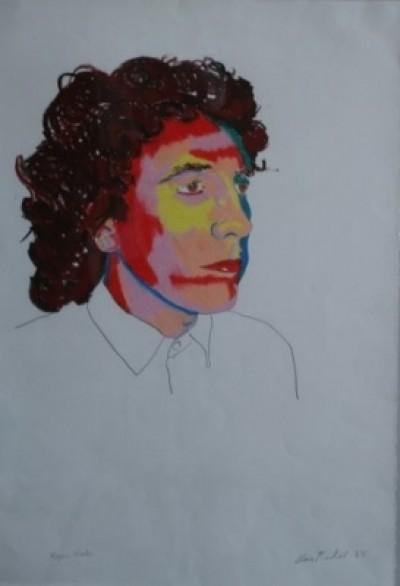 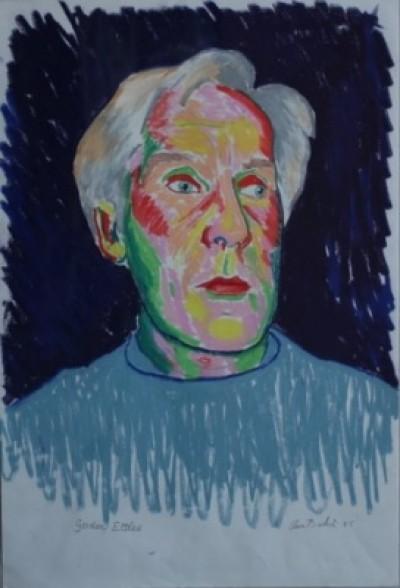 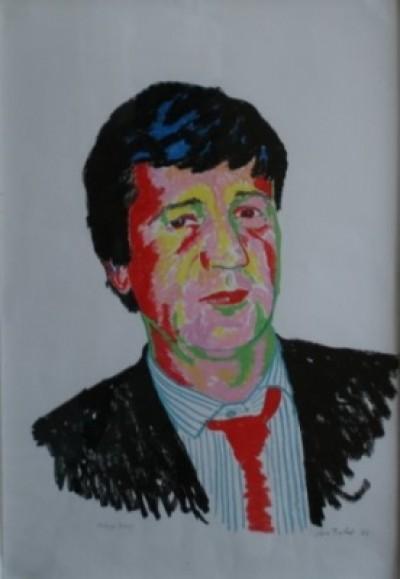 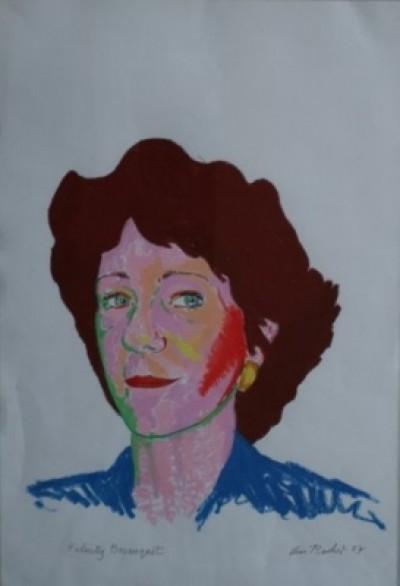 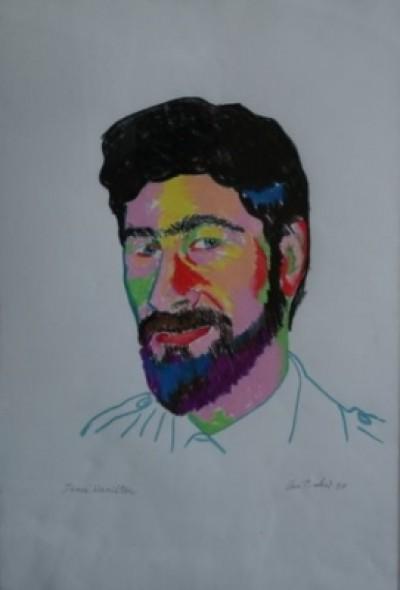 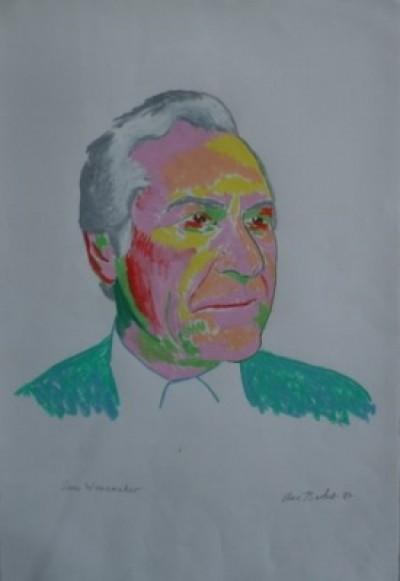 Clive Barker is one of the leading British Pop Artists who made his name in the late sixties and for over forty years he has been working with sculpture in chrome-plated steel, bronze and brass, replicating objects from everyday life – including Coca-Cola bottles, a newspaper, buckets and even a set of false teeth. The humorous touches and the acceptance of the banal and the kitsch contribute to the originality of Barker's work.

Born in Luton, Barker studied at the local college of art and technology but left art school as it failed to meet his expectations, to work on the car production assembly line at Vauxhall Motors in Luton.

His experience of working with leather and chrome proved decisive on his choice of materials for his sculptures, leading Barker not only to apply chrome finishes but also to work primarily in polished cast metals.

In 1961 he moved to London and for a time acted as technical assistant to the artist, Richard Smith.
In 1963 he began making his first sculptures. His first one-man exhibitions were held in London at the Robert Fraser Gallery in 1968 and at the Hannover Gallery in 1969.

Barker has produced works depicting artist friends including Allen Jones, David Hockney, Marianne Faithfull, Francis Bacon amongst others, but the main focus work remains firmly on his cast sculptures and on an imaginative reworking of the still-life tradition.

Barker’s work has been widely exhibited at high-profile galleries and included in many of the most important Pop Art shows worldwide.