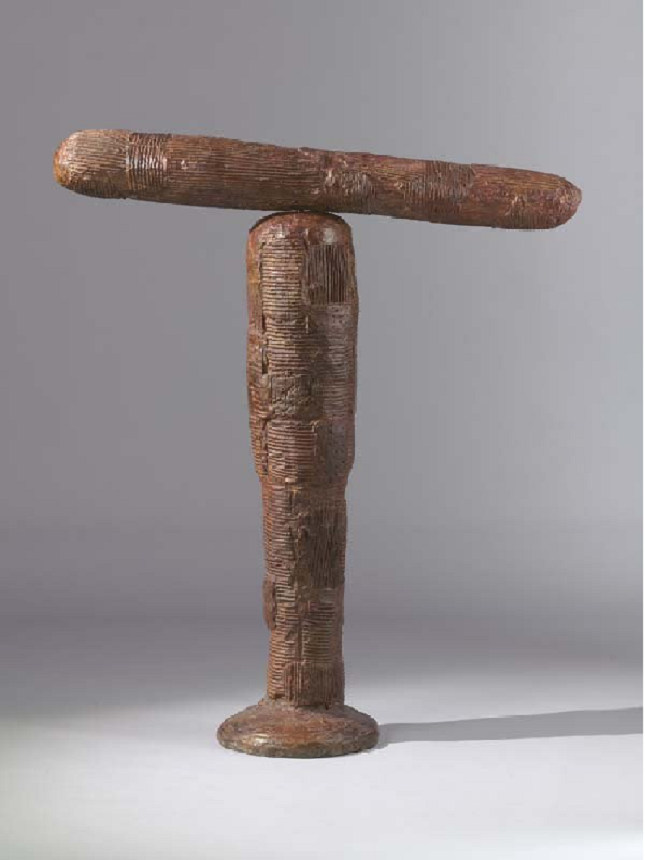 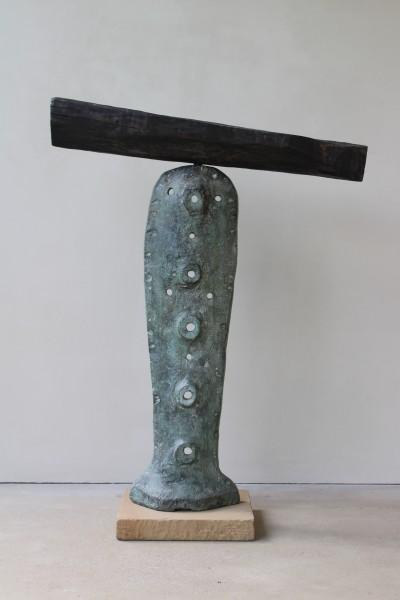 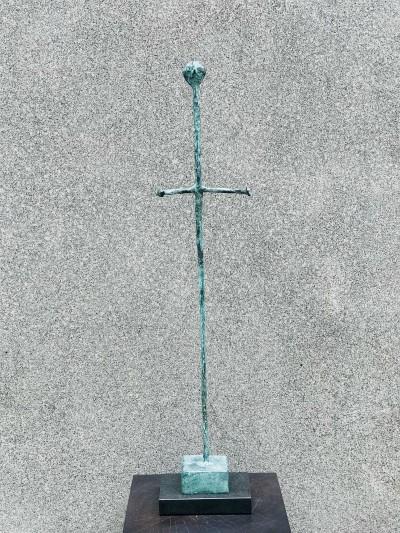 William Turnbull was one of the most authoritative, expressive and subtle artists of his generation. From Constantin Brancusi and Alberto Giacometti to Anthony Caro and David Smith, from the typical modernist immersion in tribal art and idols to minimalism, he experienced and expressed it all, yet he absorbed the influences and remade them so that the work he produced could never be mistaken for anything but his.

William Turnbull left school at 15 because the Depression left his family broke. He worked as a labourer but went to evening classes in art, where one of his teachers, Fred Mould, was an illustrator with the publishers' DC Thomson, home of the Beano and Dandy, as well as the Sunday Post and other assorted newspapers and magazines. Mould was impressed by William Turnbull's potential.

In 1941 William Turnbull joined the RAF and served as a pilot in Canada, India and Ceylon. After the war, he hastily assembled a portfolio and with it won his place at the Slade in 1946. Within the first few days there, his future was determined. He wandered into the sculpture department, felt instantly at home, as though he was back in the busy shipyard workshops he had visited when his father was still in a job, and, in effect, signed up as a sculptor for life.

Apart from reading art books as a boy, he had devoured American comics sent to him by relatives living in the US, and this, along with the training at Thomson, left him with an appreciation of art that was utterly non-hierarchical. In his second year at college, Turnbull visited Italy, where the grace of the Raphaels, Ghirlandaios and Leonardos impressed him, but left him cold. He preferred what were still called the "primitives", the muralists and altar panellists of the 14th and 15th centuries up to Piero Della Francesca, and the earlier Greek art of the pre-classical period.

At the Slade, he made friends with his fellow Scot Eduardo Paolozzi. The two discovered their mutual enjoyment of comic book images – Paolozzi was probably the first artist to employ them directly in his work – and, from Paolozzi, William Turnbull learned the direct approach to sculpture, modelling in cement or in wet plaster around an armature, neither of the methods encouraged by the Slade at that time.

In 1948, without completing the Slade course, he arranged to pick up his grant in Paris and went to live there for two years. Art was not the glamorous focus of the media in those days, even in Paris, the capital of the art world, and a young artist had merely to knock on the studio door of a master to gain admission, which is how William Turnbull became a friend of Giacometti. His little bronze Mobile Stabile of 1949, now in the Tate Britain, is one of the best of his works unequivocally made under the influence of Giacometti's pre-war surrealist sculptures of tiny figures moving around oblivious of each other on small bronze platforms.

In 1950 he exhibited at the fast-rising Galerie Maeght, but when his Slade grant ran out in October that year Turnbull returned to Britain, just in time to join the team of young radical artists, including Eduardo Paolozzi, Patrick Heron and Alan Davie, who was teaching part-time at the Central School of Art in London on a course devised on the basis of the Bauhaus method.

In Paris, Eduardo Paolozzi and William Turnbull had met the critic David Sylvester who, back in London, fixed a show for them at the Hanover Gallery, then the liveliest in London. In 1952, Herbert Read included William Turnbull in his famous exhibition at the Venice Biennale, New Aspects of British Sculpture. In the mid-50s William Turnbull moved away from his linear approach to sculpture and developed a series based on the sort of objects he had seen in ethnographic collections, including those of the British Museum. There are female figures, bronze heads, totems and standing figures.