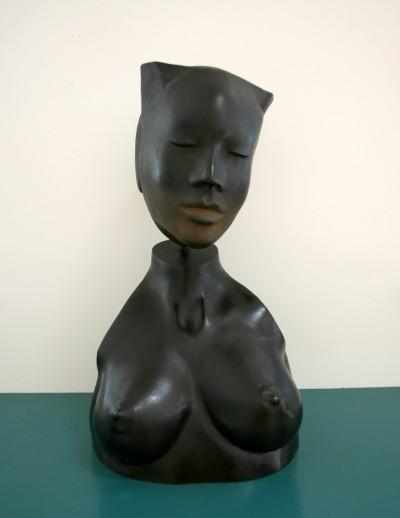 Antony Donaldson studied at the Slade School of Art, London, during the same time as his contemporaries were developing their brand of Pop Art at the Royal College of Art.

It was, however in 1962, whilst teaching at the Chelsea School of Art, where he met Patrick Caulfield and Allen Jones. It was in that year too, when Antony Donaldson developed the simplified treatment of the female figure that typified his work over the next decade. These youthful, sexually confident women, strike flirtatious poses and reveal themselves almost wantonly to the viewer’s gaze.

When the opportunity to travel to the United States presented itself in 1966, Antony Donaldson chooses to settle not in New York but in Los Angeles, where he remained for two years before returning to London.

Although Antony Donaldson’s early work fits comfortably into the mainstream of Pop both in their subject matter of pin-ups and racing cars and in their references to packing, poster design, photography and cinema, he introduced a new twist on such motifs in the fibreglass sculptures he began making in 1968, which reinterprets details of Art Deco architecture into blatantly synthetic object coated in a dazzling coat of paint.