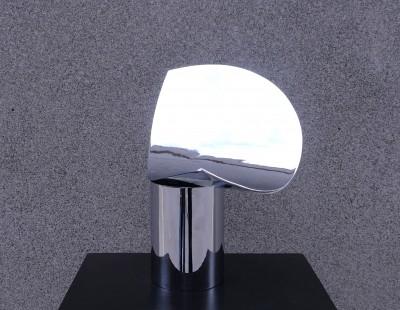 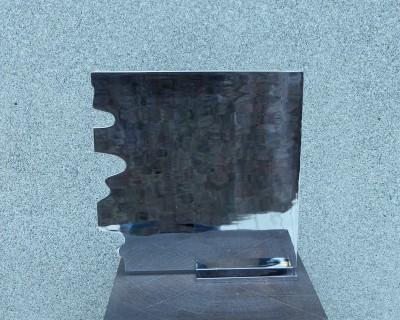 Robert Adams, sculptor and painter, exhibited widely internationally. His first solo exhibition of sculpture was in 1947, held at the Gimpel Fils, London. He exhibited from 1951 to 1956, whilst at the Central School of Art and Design, with a group who acted as a forum for Constructivist ideas. Amongst this group were Victor Pasmore, Adrian Heath and Anthony Hill. From the 1950s onwards he created large-scale sculptures for architectural commissions.

During World War II he was employed as an engineer, and after the war, he spent two years teaching himself to sculpt in wood. Though he had participated in various group exhibitions during the war, it was not until 1947 that he had his first one-man show, of sculpture, at the Gimpel Fils Gallery in London. He also produced abstract paintings, but soon came to specialise in sculpture. His early sculpture of this period, such as Figure (1949-51; London, Tate), showed the influence of Henry Moore, whose works he knew from photographs. These comprised forms abstracted from natural objects, executed in wood, plaster and stone. After his one-man show, he made several extended trips to Paris, where he became interested in the work of Brancusi and Julio González. In 1950 he received a Rockefeller award from the Institute of International Education to visit the USA. Having by then an established reputation, he was also commissioned to produce a 3m high carving for the Festival of Britain in 1951.

In 1949 Adams had begun to work with metal and the same year was given a teaching post in industrial design at the Central School of Art and Design in London, which he held until 1960. Whilst there he came into contact with Victor Pasmore and with the group of artists around him, which included Adrian Heath, Anthony Hill, Kenneth Martin and Mary Martin. The group acted as a forum for Constructivist ideas in Britain and Adams exhibited with them from 1951 to 1956. Unlike the rest of the group, however, he rejected both mathematical formulae and new materials in sculpture. Many of his works were in wood and were based on organic forms.
He was nevertheless sympathetic to the group's aim of forging a link between art and architecture, and this was reflected in his vast mural relief for the Municipal Theatre at Gelsenkirchen in Germany, constructed in 1959 from reinforced concrete.

Whilst teaching at the Central School Adams learnt how to weld and in 1955 began to produce constructions of sheet and rod elements, which showed the influence of González and a move towards non-figuration.
In 1962, together with Hubert Dalwood, Robert Adams represented British sculpture at the Venice Biennale. His work of the 1960s often used welded steel sheets, sometimes perforated. These were ideally to be displayed against a well-lit background so as to allow light to shine through.

In 1966 he produced a large steel sculpture for the British Petroleum building in London, made from welded geometrical elements formed into a relief arrangement. In the 1970s and until his death Robert Adams concentrated on bronze casts, which though still non-figurative were softer and less geometrical than. Among his later public works was the large steel sculpture for Kingswell in Hampstead (1973), designed from a simple, Minimalist form.