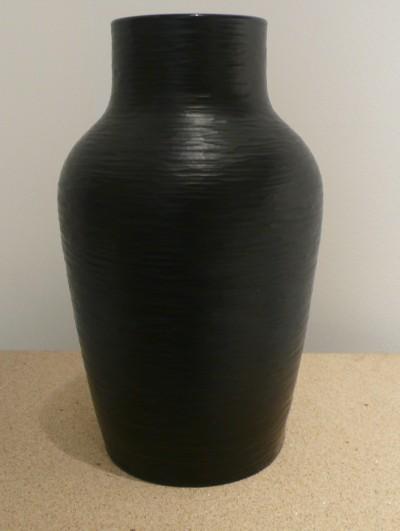 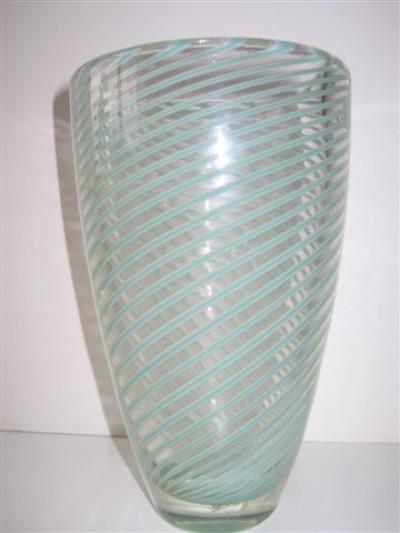 Carlo Scarpa is recognised as one of the most important architects of the twentieth century. His artistic formation took place above all in Venice, where he was part of a circle of artists and intellectuals associated with the Venice Biennale and the Fine Arts Academy (Accademia di Belle Arti) from which he was awarded a diploma as professor of architectural drawing in 1926.

From 1933 to 1947 Scarpa was the artistic consultant to Venini, the great Venetian glass manufacturer. Scarpa’s highly inventive use of traditional Murano techniques resulted in some of the most original glassworks in the history of design. It was in this environment that Scarpa’s attraction to the orient, and the decorative and applied arts began, with particular attention in an initial period to the Viennese Secessionists (Hoffmann, Loos, Wagner) followed by a life-long interest in the organic architecture of Frank Lloyd Wright.

After a period spent in the office of Professor Guido Cirilli, Scarpa began teaching at Venice’s Istituto Universitario di Architettura where he remained on the faculty through 1976, acting as director from 1972 to 1974. In 1948, with the design of a Paul Klee exhibition, Scarpa began a long collaboration with the Venice Biennale. His sensitivity to works of art and unique ability to transform spaces using highly original materials, chromatic relationships, and lighting effects made him a master of exhibition design. Scarpa was awarded the Olivetti Prize in 1956 in recognition of his achievements in this field

The Carlo Scarpa Archive at Trevignano (Treviso) houses more than 20,000 drawings, testimony to the architect’s prolific and extraordinary achievement. Among Scarpa’s most significant projects in a career that included designs for single houses, urban interventions in historic town centres, and landscape solutions we can cite: the Olivetti store in Venice (1957 - 1958); the Veritti villa in Udine (1955 - 1961); the Ottolenghi house in Bardolino (1974 - 1978); the headquarters of the Banca Popolare in Verona (1973 - 1978), and the Brion Cemetery at San Vito di Altivole (1969 - 1978).

In spite of his reputation and singular achievements, decades passed before Scarpa was awarded an honorary degree in architecture in 1978. He died the same year in a banal accident in Japan.