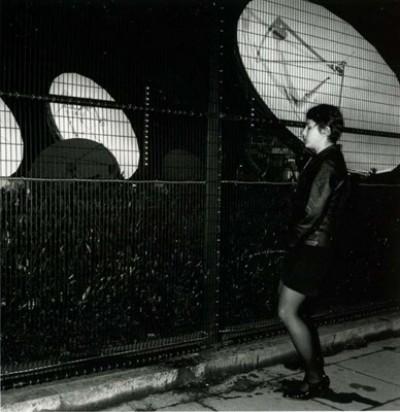 Rickett’s work came to prominence in the late 1990s, following her graduation from the Royal College of Art, London. Her work explores the competing forces of light and darkness in defining and articulating space, often using photography as a way of exploring the distinction between seeing and looking.

She is interested in the tension between the abstract possibilities and narrative tendencies of photography and film/video.

Made mainly at night, and often in peripheral or mundane environments, her work ponders the potential of photography to conceal as much as reveal. In both colour and black and white, her photographs cohere around strong formal properties, and are often minimal in character, playing on the latent narrative possibilities of place.

In 2002, she was awarded the Arts Council of England Helen Chadwick Fellowship which was co-hosted by Ruskin School, Oxford UK and the British School at Rome, Italy.