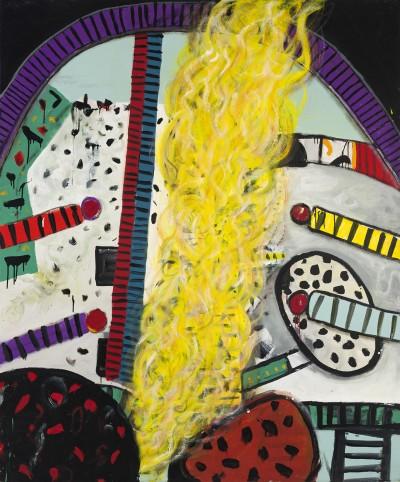 Fully illustrated 168 pages publication with an essay by Michael Tucker.

Extract from the essay by Michael Tucker:
When Alan Davie died in April 2014, some months short of his 94th birthday, Scotland, Britain and the world lost one of the finest artists of our times. At the subsequent summer memorial service held at Tate Britain, figures from the highest echelon of British arts curatorship and administration, Sir Nicholas Serota and Chris Stephens, delivered appreciative, suitably literate speeches. Davie's close friends, the poet Michael Horovitz and the composer James Coxson, both rendered moving homage, and there was a fine performance from contemporary music practitioners Barry Guy and Maya Homburger – further friends of Alan's who had long drawn inspiration from his work. But it was Davie's fellow artist and friend, the painter Albert Irwin, who furnished the most resonant moment of all, when he concluded his tribute thus: “I never met Picasso. But I knew Alan Davie.”

The (de)light of being on earth … Like (sadly, now the late) Albert Irwin, I never met Picasso. But like Bert, again, I was fortunate enough to know Alan Davie. And to come to relish – as we may do in this superb exhibition – the many, many fruits of that mysterious compulsion which led this surpassing artist ever on, ever deeper, towards the very marrow of life.