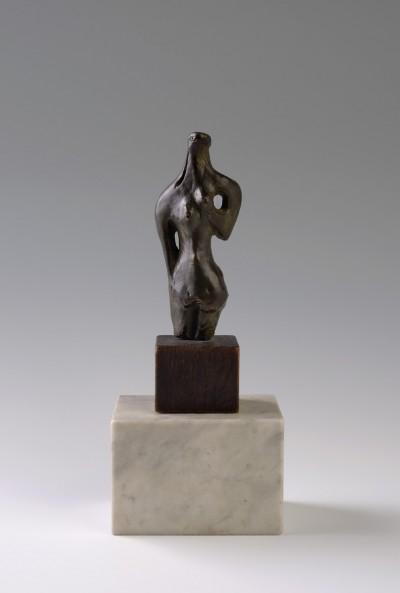 Regarded as one of the most gifted and prolific sculptors of the 20th century, Henry Moore began and solidified a tradition in art that was more organic and abstract. By his later years, his figures were massive and comprised of marble and bronze. Henry Moore is noted for his amazing creations in what has been dubbed, reclining nudes.

Born in the north of England, young Henry didn’t have an upper-class upbringing. His father was a coal miner of Irish descent. In grammar school, however, Henry Moore was given a scholarship to grammar school and was influenced greatly by his art instructor to pursue his talents. Following his productive and happy years at grammar school, Henry Moore was sent to France to serve in the British Army. After, he was given a grant that allowed him to enrol in the Leeds School of Art, where he was finally given the chance to study sculpting. Upon his graduation, Henry Moore won another scholarship to the Royal College of Art in London and in two years graduated.

In the London museums, Henry Moore began studying Eastern, African, and South American works that had been collected and put on display. He found that their abstract sense, although primitive, had taken art back to what it was intended – a representation of human feeling. After serving as an instructor at the Royal College, Henry Moore was given the scholarship to study in France and Italy, where he began his works of reclining women.

Henry Moore became fascinated with art from Mexico, namely plaster casting sculptures. After just two years, Henry Moore showed off his work at the Warren Gallery in London. Henry Moore also worked on some newly commissioned sculptures for the city and began working more closely with a group known as Unit One. Their goal was to raise public awareness about art movements abroad. In the 1930s, the British public began paying more attention to the abstract movements of the day. However, this art didn’t come without consequence. Many critics found his work disdainful and Henry Moore was later asked to resign from the Royal College of Art. He then began to work for other academies in London.

Henry Moore was influenced greatly by Pablo Picasso and kept on working on his own art regardless of the critics’ reviews. By the mid-1960s and into the 1970s, Henry Moore went to the United States where he worked on sculptures for the Lincoln Center in Chicago and the University of Chicago.