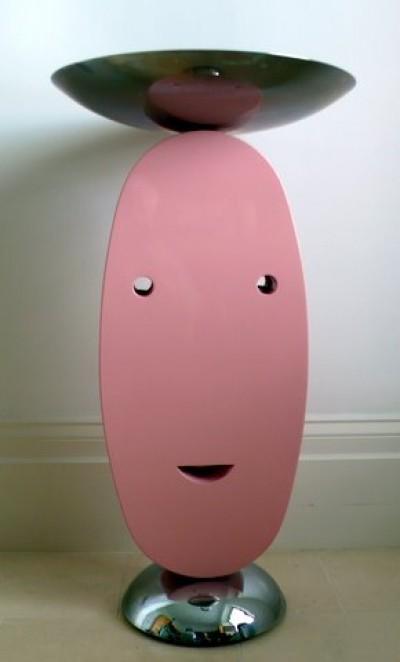 Alessandro Mendini studied architecture in Milan, Italy, and worked after graduating as a designer for Nizzoli.

Mendini was a theoretician of anti-Italian design, and in 1973 he helped to found the group "Global Tools". From 1970 to 1975 he was editor of the magazine "Casabella", and from 1979 to 1985 he was publisher of "Domus" magazine. In 1976 he founded the Studio Alchimia with Alessandro Guerriero, where his thoughts on re-design and banal design developed.
The work of Mendini has often been the subject of vivacious polemics: considered one of the "fathers" of Italian Postmodernism (or rather Neomodernism, the definition preferred by him), he has never failed to seize an opportunity to make distinct designer provocations, striving to stir the somewhat sleepy climate of the field of design.

His works are displayed in museums all around the world, in the permanent collection of the Gilmar Paper Company, in the Museum of Modern Arts in New York, in the archives of the University of Parma and in the Pompidou Center in Paris. In 1989 an important retrospective on his work was displayed in Groninger, The Netherlands.