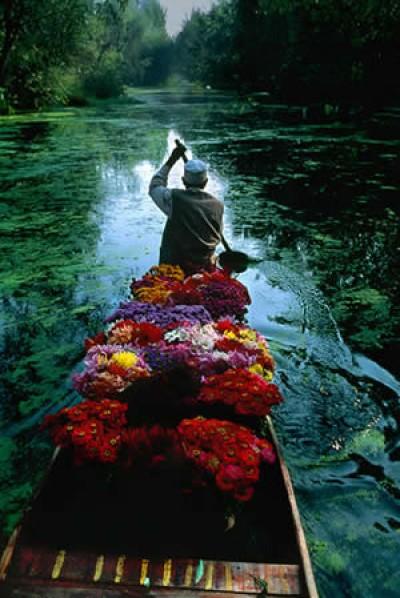 American photographer Steve McCurry graduated from Pennsylvania State University with a degree in History and Cinematography in 1974.

He became a world-famous photojournalist whose work has taken him far and wide and placed him in danger a ton of times. He has taken pictures during many wars, often coming very close to death. He has been reported dead in the media twice but he just keeps coming back.

He has travelled to Thailand, Sri Lanka, Afghanistan, Pakistan, India, Cambodia, Tibet, Burma and the Philippines.

He was arrested and chained in Pakistan, nearly drowned in a plane crash in Slovenia, beaten up and nearly drowned in India by fiery crowds at a religious riot, and almost killed by rebel fighters in Afghanistan.

In 1979 Steve McCurry made his first trip to Afganistan. He disguised himself in the local garb and crossed the Pakistan-Afghanistan border to capture the war-torn country on film. He had to sew his rolls of film into the hem of his clothes to get them out of the country.

In 1980, Steve won the Robert Capa Medal for Best Photographic Reporting from Abroad for the Afghanistan pictures that appeared in Time magazine. The award is given to photographers that show exceptional courage and performance.

For over 20 years, Steve has been taking pictures for National Geographic magazine and is best known for his picture that graced a National Geographic cover in 1985. It was a picture of a 12-year-old Afghan girl who had lost both of her parents in the war when she was just a baby. Her piercing green eyes made the photo one that no one could ever forget.
The picture was named one of the Top 100 National Geographic photos by the magazine. In January of 2002, Steve tracked down the young Afghani girl, who was then about 30 and retook her picture.