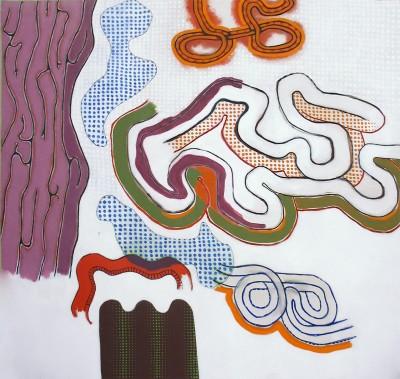 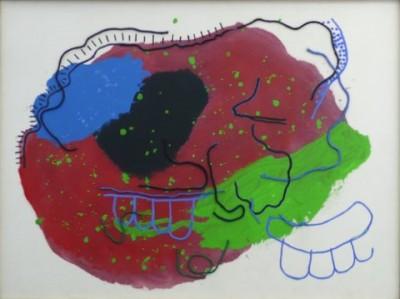 Harold Cohen studied painting at the Slade School of Fine Arts in London and taught there for several years before joining the Visual Arts Department in 1968. His work as a painter has been exhibited widely both in galleries and in major museums.

During the 'Sixties,’ Harold Cohen represented Great Britain in the Venice Biennale, Documenta 3, the Paris Biennale, the Carnegie International and many other important international shows. He exhibited regularly at the Robert Fraser Gallery in London and the Alan Stone Gallery in New York.

After moving to San Diego, Harold Cohen became interested in computer programming and particularly in the field of artificial intelligence. On the basis of his research, he was invited to spend two years at the Artificial Intelligence Laboratory of Stanford University as a Guest Scholar. Much of his work since that time has been concerned with building a machine-based simulation of the cognitive processes underlying the human act of drawing. The resulting ongoing program, AARON, has by now been seen producing original "freehand" drawings in museums and science centres in the US, Europe and Japan: the Los Angeles County Museum, Documenta-6, The San Francisco Museum of Modern Art, the Stedelijk Museum in Amsterdam, the Brooklyn Museum, the Tate Gallery in London and the IBM Gallery in New York among others.

Harold Cohen has also exhibited in a number of science centres, including the Ontario Science Center, Pittsburgh's Buhl Center, the Science Museum in Boston and the California Museum of Science and Technology.

Away from painting in the early '70s, Harold Cohen marked his return with a 100-foot painting for the San Francisco Museum show in 1979. Since then he has executed a number of murals from AARON's drawings: for the Capitol Children's Museum in Washington, D.C., the Digital Equipment Corporation, a mosaic mural for the Computer Science Department at Stanford, and for the Buhl Science Center and the Ontario Science Center.

Harold Cohen's work has extended AARON's capabilities from drawing to painting; the first of his painting machines were used in an exhibition at the Computer Museum in Boston in 1995.

Harold Cohen's work has attracted increasing media attention. AARON has been featured on a number of TV programs including Beyond 2000, Scientific American Frontiers, a program on programming for the BBC's Open University Series and It'll Never Work, a BBC program for children.